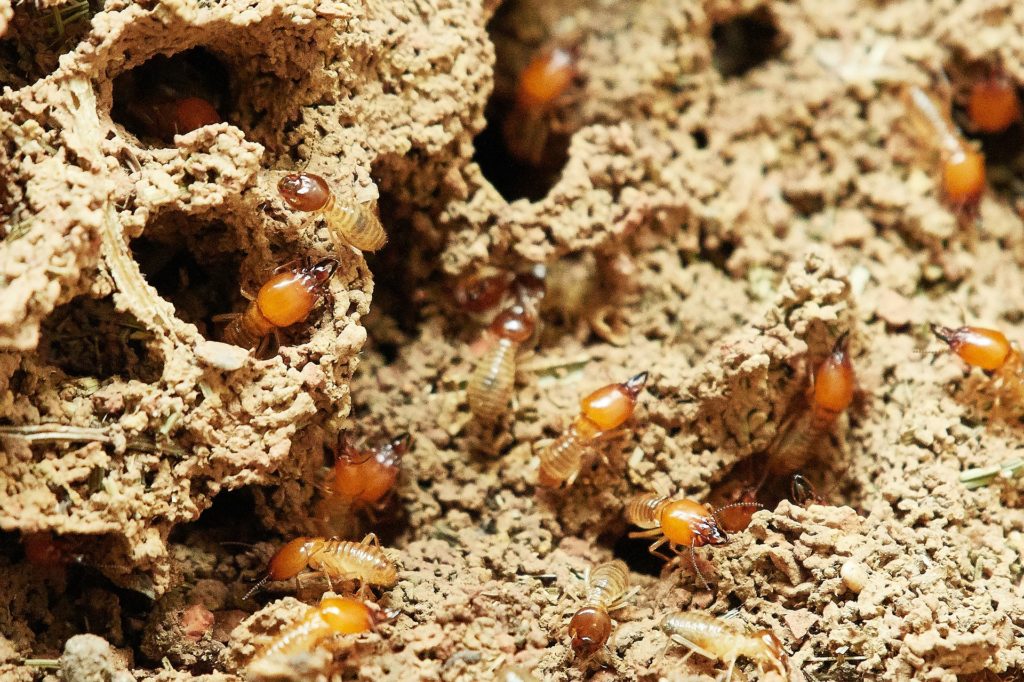 Termites are one of the most destructive among all household pests, and they’re no better for commercial establishments. They can exploit all the most vulnerable parts of your home or place of business without you even knowing they’re there. They continuously do more and more damage, costing you money and putting you at risk.

Types of Termites in Las Vegas

Classifying termites involves looking at the swarmers and soldiers because worker termites look very similar across all types.

Swarmers are the only termites in the colony that reproduce. They are one-quarter of an inch to one-half of an inch long, are dark brown to black, and have two sets of wings. Soldiers have large, hard jaws and a creamy white body with a brownish head.

These termites swarm during daylight hours in the spring, usually after a rainfall, to reproduce and expand the colony. When they do, they break off their wings in the same place before mating. If you notice a collection of wings on your windowsill, that’s bad news. It means a termite colony is nearby and they’re active.

Subterranean termites do more damage than any other termite species. They are active 24/7 for their entire lives and can often do this for years without detection.

The swarmers in a drywood termite colony are approximately just under half an inch long and have two sets of wings with three or more colored veins on the outer part of the front wings. The drywood termite soldiers have large jaws with teeth wider than their heads. These termites are larger than the subterranean workers and soldiers. This colony of termites does not have a caste system, and the immature termites do the work.

Drywood termites usually swarm at night in the late Spring and Summer months. They infest dry wood, like wooden frames in your attic, and they cost property owners hundreds of millions of dollars a year.

Dampwood termites are much larger than subterranean termites, and like the drywood termites, the immature termites do the work. The swarmers can be almost an inch long, and the soldier can slightly shorter. They’re most active during the spring and summer months, on a warm day after a rainfall.

They usually don’t have contact with the soil and the inside of the wood they’ve damaged looks clean and smooth inside. Dampwood termites prefer decaying wood that’s still moist. These termites are harder to detect because they keep themselves in moisture so they don’t dry out.

Since termites can do so much damage before anyone notices the signs, a routine inspection can save you from costly repairs and from being in an unsafe environment. Professional pest control in Las Vegas can do a full inspection and look out for the presence of the main types of termites threatening Las Vegas.