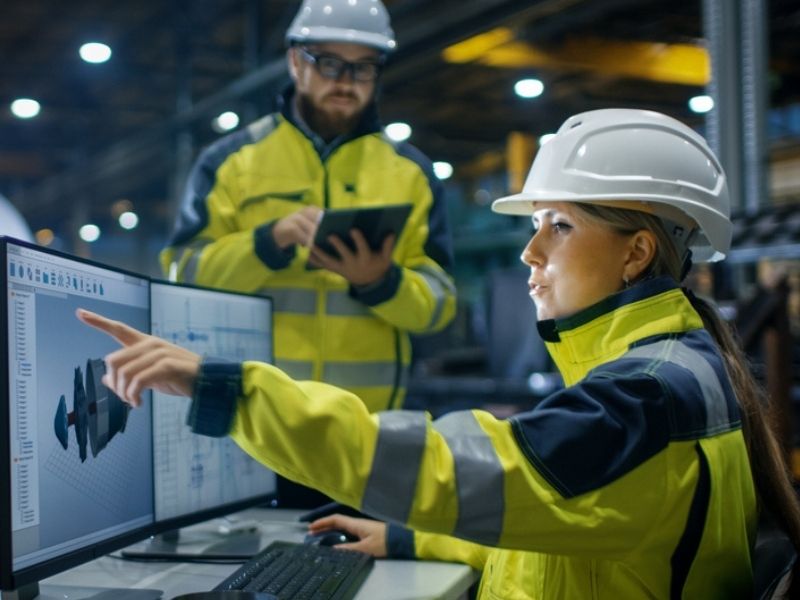 The demand for skilled workers in manufacturing is high. There may be some 2.1 million manufacturing jobs left unfilled through 2030, according to a report from CNN Business, and that dearth could cost the economy nearly $1 trillion in revenue lost.

The forecast may not be all doom and gloom, however, as the industry may be getting a serious influx of new workers from a new source—women. Today, we’ll be taking a look at recent trends that have poised women for a serious expansion into the manufacturing world, and examine how an increase of women in manufacturing roles can be of benefit to all.

Women In The (Manufacturing) Workplace

First, let’s take a look at some hard facts. While it’s true that the manufacturing industry has amazing potential for those who want to work, and women now make up nearly half of the overall workforce in the United States, they’re still only 30% of the total manufacturing workforce. What’s more, according to the US Department of Commerce, is that only one-in-four leadership positions in manufacturing are held by women, and the median female manufacturing worker earns only 72% of what their male counterparts do.

What accounts for such traditionally low percentages of women in manufacturing? The pay disparity and lack of advancement is one critical issue, and it’s usually combined with less-than-favorable working conditions, as described by this 2018 report in Forbes:

“Women face hostile and even dangerous conditions in factories where they are trailblazers representing a small percentage of the workforce.  Common complaints are that there is ‘locker room’ talk and a ‘macho culture’ that is part of the work environment. While women are more likely to be the targets of harassment, they’re also less likely to report.”

In spite of all the factors working against them, though, it’s clear that women can contribute much to the industry. This is particularly true where that looming skills gap is concerned, and cutting edge manufacturers like Fictiv, Deloitte, and FABTECH have taken notice. To that end, there are some practical steps that companies can take to woo female talent, and it all starts with laying the groundwork at high schools and colleges.

School is where future workers and leaders are made. Presenting young women with pathways to worthwhile manufacturing careers—through mentorship and other programs—is a promising strategy for boosting their numbers within the field. In addition to deliberate efforts to increase STEM education among women, manufacturers will also need to examine how to keep any newly acquired talent from leaving for greener pastures.

Addressing the pay disparity between women and men will be part of the solution, but it will also take an effort to address the lack of work-life balance that’s typical of the industry, improve working relationships between female and male staff, and keep female employees engaged through challenging assignments and potential advancement. Combined, these factors should help address the predicted shortage of workers while simultaneously integrating the much-needed female talent that the manufacturing industry needs to thrive.

Women might not represent the bulk of manufacturing at present, but their time is on the horizon. Savvy manufacturers will get ahead of the curve by providing opportunities for women within their workplaces, and helping female employees thrive as they continue to adapt to whatever the future may hold.