Skip to content
Latest News:
Key Presentation Techniques
What is Blockchain Technology
Why Everyone Should Practice Being Polite 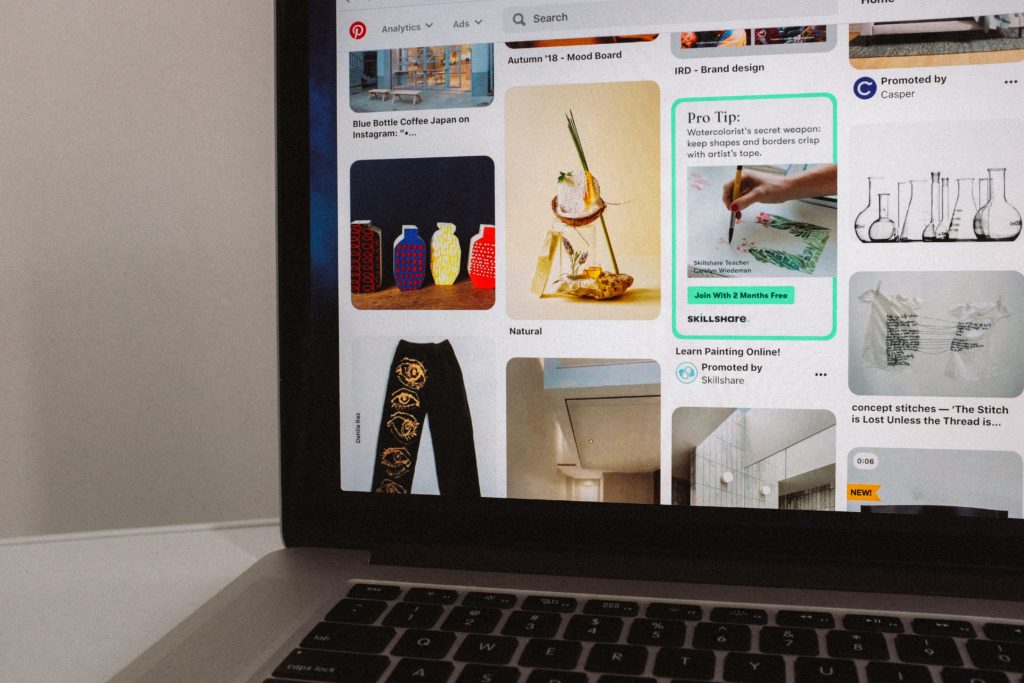 In the hyper-competitive and fast-paced business environment of today, many companies, especially medium-sized and smaller enterprises struggle to keep up with the large corporations when placing traditional advertising in association to television, in print, or even when it comes to search engines like Google or pay per click. Yet there is still a platform that allows these smaller businesses to compete with the businesses that boast much bigger budgets. And this platform involves using social media. Traditionally those that searched for the older buying demographics tended to gravitate towards Facebook advertising and those that search for a younger buying demographic have turned towards Twitter.

However, another platform has started attracting a lot more interest, and this platform goes by the name of Pinterest. The Pinterest ads have quickly become a popular choice with the businesses that are looking for the right platform that bridges the gap between advertising to the old and the young (Pinterest users under the age of 25, increased twice as quickly in Q2 2020, and about 80% of Mom’s from America currently use Pinterest). At the same time, the vast range of products and the graphic nature associated with Pinterest has resulted in 240 billion Pins that were saved by various users over the 11 years that Pinterest has been around. This has offered a highly attractive opportunity and advertising is now used by the businesses that are active within the eCommerce field, for lead generation, and to sell services.

Since Pinterest users typically spend more than 50% of what the other Internet users in the U.S. spend every year, it comes as no surprise that this platform has secured this level of traction as a successful advertising channel over the last few years. At the same time, Pinterest ads are more cost-effective when compared to any other ads featured on different social media platforms. Not only are the ads cheap, but the payoffs may also be enormous. Research has also indicated that people that view Pinterest ads are much more prone to convert (around 70%) than the people that view ads on the other platforms.

People that are thinking about advertising on Pinterest will feel more confident about the latest statistics released, in regards to sales and users. To begin with, while most other social media websites have reached maturity when it comes to user growth, Pinterest is still showing phenomenal growth when it comes to user numbers. Pinterest is also much younger than many other social media platforms, yet it started off in 2020 with around 320 million active monthly users. This number has since grown to 459 million (more than Snapchat and Twitter combined).

For the businesses that export products, Pinterest is one of the best options as a viable advertising vehicle. Recent stats have shown that about 50% of users on Pinterest live outside of the United States.

Pinterest advertising, however, does represent different challenges when compared to the challenges experienced on the other social media websites. This mainly has to do with conversion cycles that take longer when compared to those cycles when using another social media platform. Attribution in association with the actual origin of these sales was once also a challenge. This ultimately means that any planning will require careful thought along with refinement when it comes to advertising campaigns and measuring all of these comes with unique challenges.

Pinterest has recently released various new tools aimed at making the advertising experience on Pinterest much easier for its users. However, expert assistance will be the best method for one to take advantage of the true power of choosing to advertise on the platform. The latest measurement capabilities and new tools have resulted in a quick evolution of Pinterest as a highly successful advertising platform. Where it was once seen as the platform for brand-building, this avenue has now become a lucrative option for businesses that are interested in directly feeding sales funnels.

This fast-paced evolution also means that a few of the latest tools introduced can be complex or confusing to a first-time user, which is why it is best to leverage outside help. The companies such as pins4profit.com provide professional advisory services from an expert like Lindsay Shearer. This guidance provides businesses who choose Pinterest with the comfort and assurance that their marketing budget will be well spent. It also allows these companies to notice the overall impact of the ad-spend on their bottom-line.

Shearer states that even though the Pinterest algorithm carries on maturing, it still necessitates pinpointing planning to make sure businesses are making the most from advertising on this platform. Lindsay also says that the increased lead times for Pinterest advertising so that it pays off is just one issue that businesses face. He talks about examples that include purchasing beachwear and accessories for the upcoming summer season. While the traditional businesses target chosen buyer demographics near to the summer season, the average Pinterest buyer evaluates these purchases well before that. These delayed attributions can cause tracking to be especially challenging.

The “Cost Per Million Impressions” when using Pinterest is much lower when compared to the user that pays for cost-per-click on Google or trying to attract consumers and buyers through the other social media sites. Businesses need to realize that Pinterest is typically 2.3 times cheaper for each conversion when compared to ads on other social media platforms (for example, Facebook)

In fact, around 98% of the users on Pinterest have looked at or explored a service or product they have viewed on Pinterest. This platform is still inspiring those interested in artisanal creations, cooking, and DIY. At the same time, around 66% of the users on Pinterest are searching for services and products. For the smaller companies, the following should be the most important factor. Around 97% of the searches made on Pinterest are not actually brand-related which means that users are searching for services and products that aren’t necessarily marketed by the big-name brands, which helps small companies to increase their chances for market penetration.

However, to make the most out of the increasing reach along with supercharging sales at much lower costs when compared to traditional advertising avenues, expert advice and guidance from a company like pins4profit.com, and an expert like Lindsay Shearer, is still imperative. Failing to do so, may put the company at risk of not making the most out of a user base that continues to grow rapidly, that uses Pinterest for inspiration, and frequently takes part in many buying decisions.