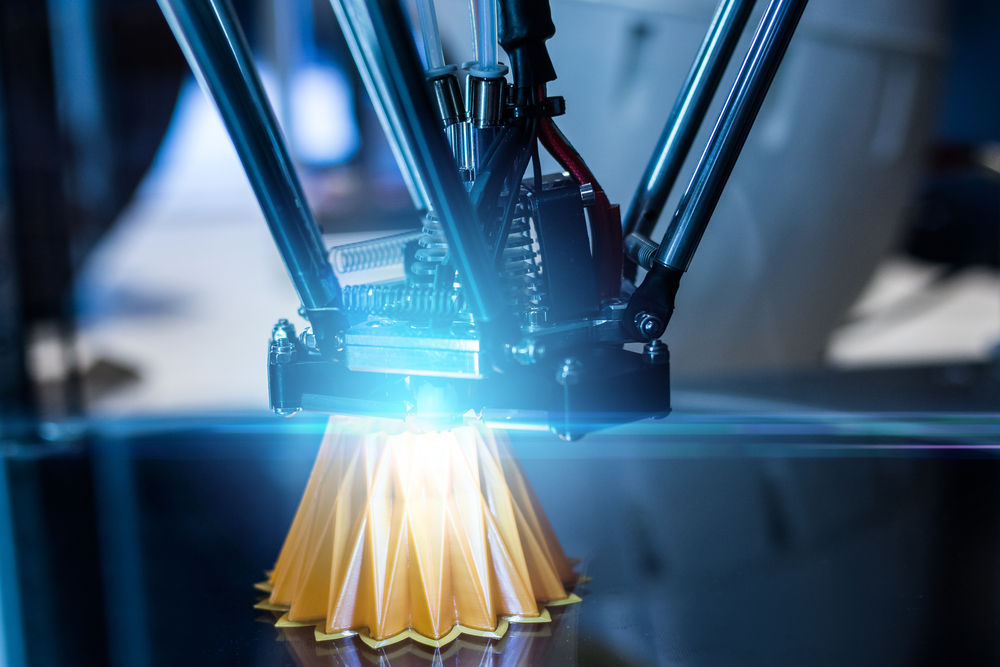 3D printing has changed the way goods are manufactured in nearly every industry. First developed in the 1980s, 3D printing was originally designed to be used for rapid prototyping but has evolved over time to find a place in numerous different technologies. here are just 3 different industries where people have adapted 3D printing to optimize how they get things done.

3D printing technology has a wide range of uses in the automotive world. Because of its uses in rapid prototyping, the technology is also being used to produce tooling and also parts for various vehicles, which is normally manufactured using injection molding or sheet metal work similar to that found at companies like Rapid Axis, which is also expanding to offer 3D services. Ford has begun 3D printing parts for their Shelby GT500 Mustang just last year in 2020. Among these parts designed were front splitter wickers, which were able to be sent out for test evaluation almost immediately after printing. The Mustang also features two structural 3D-printed brake components. Volkswagen has been printing jigs and fixtures for use on its assembly line as well, showing that 3D printing has a place in every facet of the automotive industry. There are currently several car companies in the process of developing a fully 3D printed car, so it’s only a matter of time before that dream becomes a reality.

The term ‘construction’ is an ambiguous term because it encompasses so many different facets of how we expand as a human race. From houses to stores to highrise office buildings, 3D printing is poised to modernize many of the steps required to create dwellings for us humans to thrive. One of the main benefits of using 3D printing in the construction industry is to avoid excessive waste. In the UK alone almost one-third of the entire country’s waste is produced by the construction industry, though a decent-sized portion of it is from demolition. All over the world, building sites are wasteful, often ordering more materials than are needed to account for any unknowns. There’s also a huge benefit to be noted in reduced chances for injuries among construction workers, which is nothing to scoff at.

One of the most exciting places where 3D printing is being adapted to work is in the kitchen. There are many sci-fi shows that play around with the idea of being able to push a button and receive food, and 3D printing is taking us one step closer to making that dream a reality. Several companies have already produced machines with the capability to make specific printed foods, such as the ChefJet, Foodini, and Chef3D, which can make pasta, chocolate, sugar, and other dishes with the possibilities expanding ever outward. In 2013 Nasa’s Advanced Food Program utilized the Chef3D to print a pizza that only needed to be cooked. It wasn’t the prettiest pizza, but it certainly outshines any food options astronauts currently have while in outer space.

As time goes on we will start to see 3D printers being used more and more often. From making casts, being able to print bone, printing a steak, or rapidly producing a wedding gown, the possibilities are endless.